US Sailing Yachtsman and Woman Trophies of 2018

The 2018 award winners of US Sailing Yachtsman and woman trophies help provide the sailing community enough opportunities to analyze and discuss the contrasts in their performances. Those who are stewards or fans of sailing can reflect on the achievements of 2018 of the winners and the future paths that they would take up. 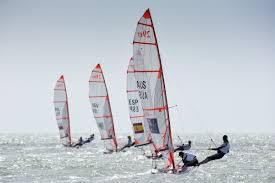 Three men and women contestants were shortlisted for these prestigious titles as top performers of 2018 by US Sailing. Emma and Carmen Cowles were selected for these titles for the sailing performances they put up in 2018, both in J/70 and 420 world championship races.

In order to form the finalists, members were nominated by US Sailing members who were presented to a panel of accomplished past winners and media professionals. Every finalist was assessed as per their past wins and finally, a weighted system of points was used to vote and determine the winners. There were several names considered such as Jud Smith who tallied at 116 points, Zeke Horowitz was valued at 86 points with seven votes in the first place. Others were Will Wellles, Paige Railey, and Daniela Moroz. The latter two were finalists from Laser category and kiteboarding respectively.

With the winners’ names announced Cowles and Smith sisters would be honored on February 28th when an award ceremony would be hosted at St Francis Yacht Club. This venue in San Francisco will see all the friends and family members of the different winners coming over as well as past winners, crew, and teammates, sailing community dignitaries and all the finalists of 2018. The prizes would include Rolex timepieces specially engraved along with pictures of the winners being commemorated for their outstanding accomplishments.  The partnership between the watchmaker and US Sailing spans 60 years and it has fostered excellence in yachting across the world.